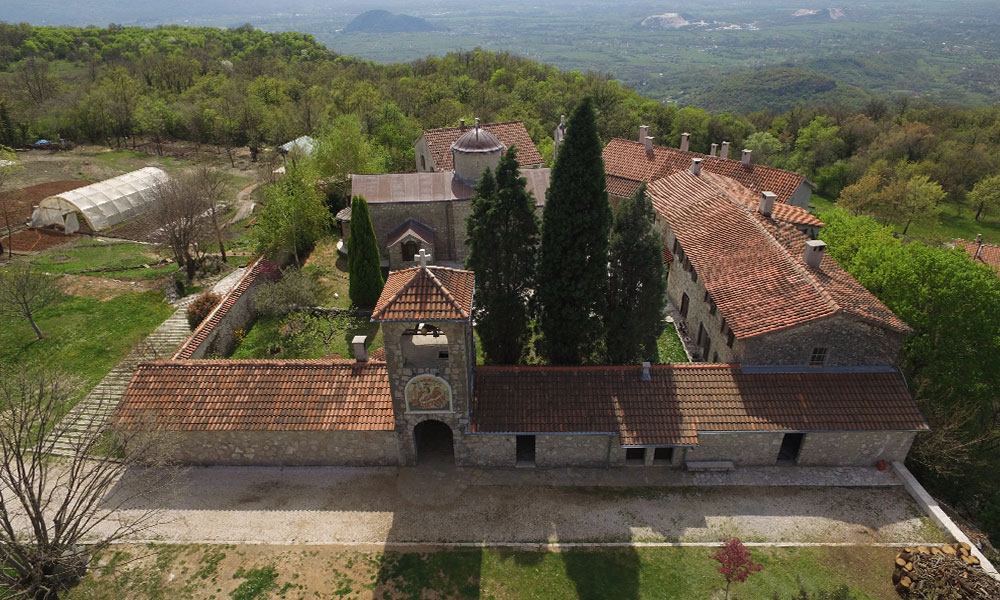 Other sources link the founding of the monastery to the second half of the 17th century, when Saint Stefan of Piperi came to this place, more precisely around 1660. The exact year of birth of Saint Stefan is not known, but it is known that he was born in the Parish of Niksic, from the family Krulanovic. He became a monk in the Monastery Moraca, where he was later appointed Abbot by Bishop Nikodim of Pec. Fleeing from the Turks, he hid for seven years in the cave of Rovci in Trmanje. From there he moved to the region of Skenderija, to the village of Gornji (Upper) Crnci in the Piperi region 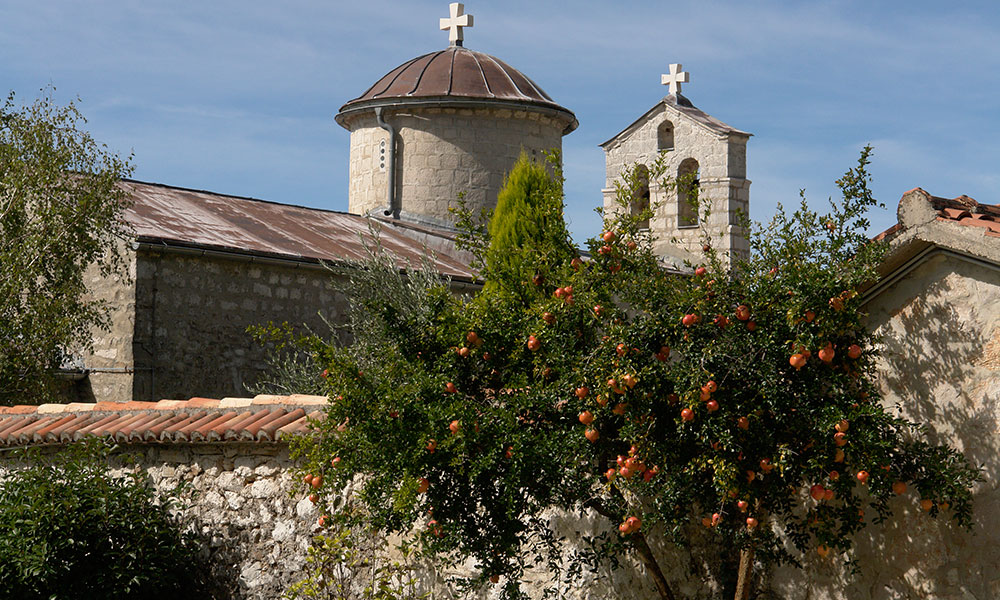 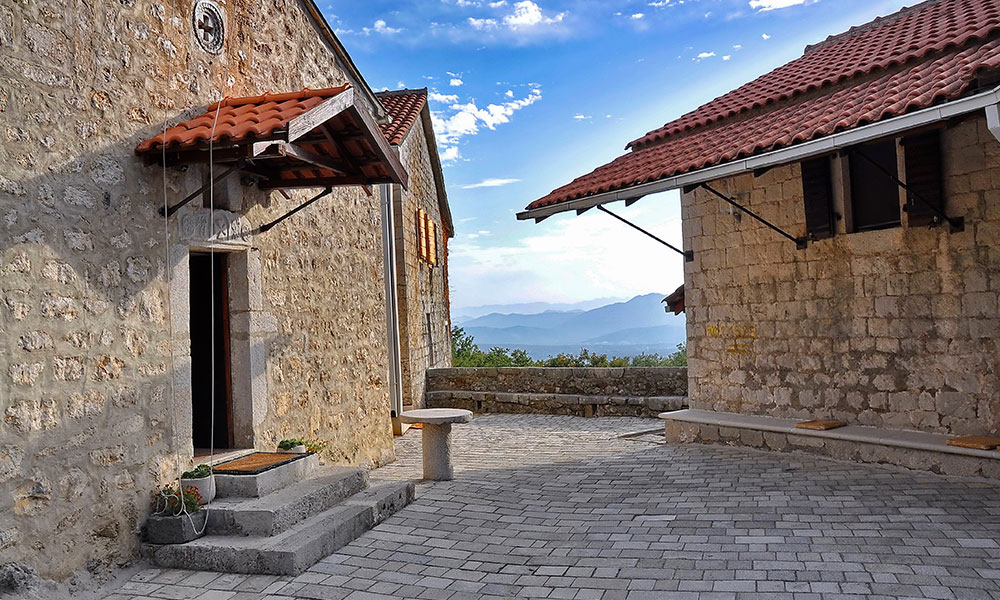 The place where he built the monastery was called Zborna Glavica (the Gathering Hilltop) and, according to tradition, the estate was personally bequeathed to him by the clan leader and priest Ananija Lalic. Initially, he built there a small house for himself, and it is because of the small size that the Monastery was later named the Cell. Folk tradition tells us that Saint Stefan arrived at the Gornji Crnci and built a small church around 1660. He lived there in strict ascetic struggles for about thirty-five years. He died in 1697, but already in 1704 his body was found incorrupt when his tomb was opened and the relics transferred to the Church. After having visited the monastery in 1749, Partenije Pavlovic, a titular Bishop of the Srem-Karlovac diocese, wrote the troparion and kontakion of Saint Stefan. The importance of the Saint is highlighted by the fact that one of the four icons that Uros Predic painted in 1925 for the chapel on Mount Lovcen, was the icon of Saint Stefan of Piperi.

“The Monastery Celija Piperska, fortified by a wall, with craggy rooftops of the church and nuns’ living quarters, has a layout that resembles some medieval city-fortress. Inside the monastery yard the central place is occupied by the monastery church. It is dedicated to the Nativity of the Mother of God. The church consists of a single nave, with a semicircular apse covered with a dome, and side choirs. A somewhat larger narthex was added later. The main body of the building is very elongated and narrow. The church is 15.5 meters long and 7 meters wide. A dome rises at the crossing of the nave and transept, supported on a drum which has four small windows. The transept, including the flank on either side with space for cantors, is extremely low and has the same height as the apse. A high bell-gable with two hollow semi-circular arches where the church bells are placed rises over the front facade wall. The material used in building the church of the Nativity of the Mother of God was a rough-hewn stone of uneven sizes, creating a rustic appearance of the building. The execution of the principal façade complements perfectly that style and the setting. The door lintel is decorated with a relief with floral motifs and crosses of crude craftsmanship. Above the lintel sits an irregular arched niche. Inside is now a faint inscription about the renovation of the church. In the middle of the facade is a small rosette with a carved out cross.” Three steps lead up to the church suggesting that the floor is elevated, which enhances the sense that the ceiling inside is low. 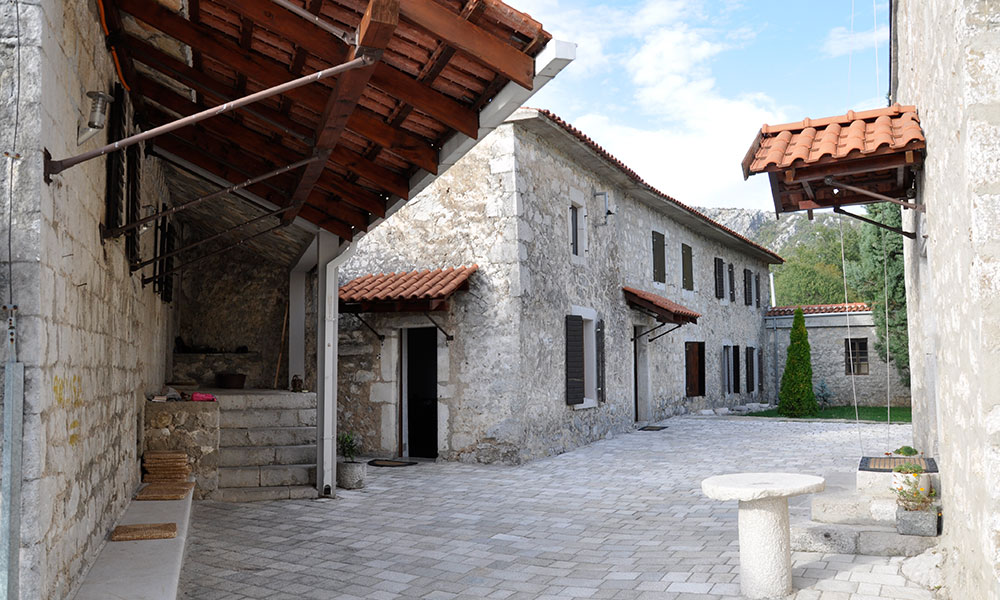 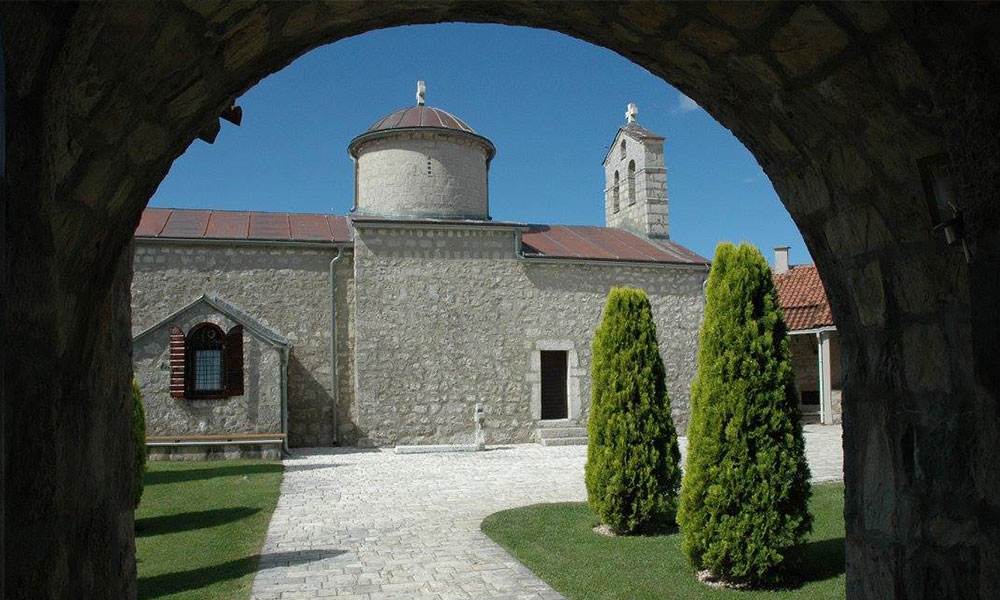 The carved inscription above the entrance door tells us that Abbot Mihailo Petrovic built a narthex in 1815. The inscription further says that the bell tower, the dome, as well as the right wing of the dormitory were erected by Aleksije Vukotic in 1823. The monastery was restored already in 1889.

The documents found in the archives of the library of Cetinje tell us that from the late 19th century until 1906, the abbot of the Piperi monastery was Dositej Knezevic, who ordered an iconostasis in 1902. At that time the school building built by Njegos was restored–an edifice on the left side of the church–which was one of three schools that Njegos had founded in Montenegro. After Dositej, and until 1936, the abbot was Lavrentije Ljumovic. After Lavrentije the abbot was Borivoje Tomovic, who, together with his two brothers, was killed in the Zidani Most in 1945. According to witnesses he was hacked to pieces by the partisans. He is counted among the saints. 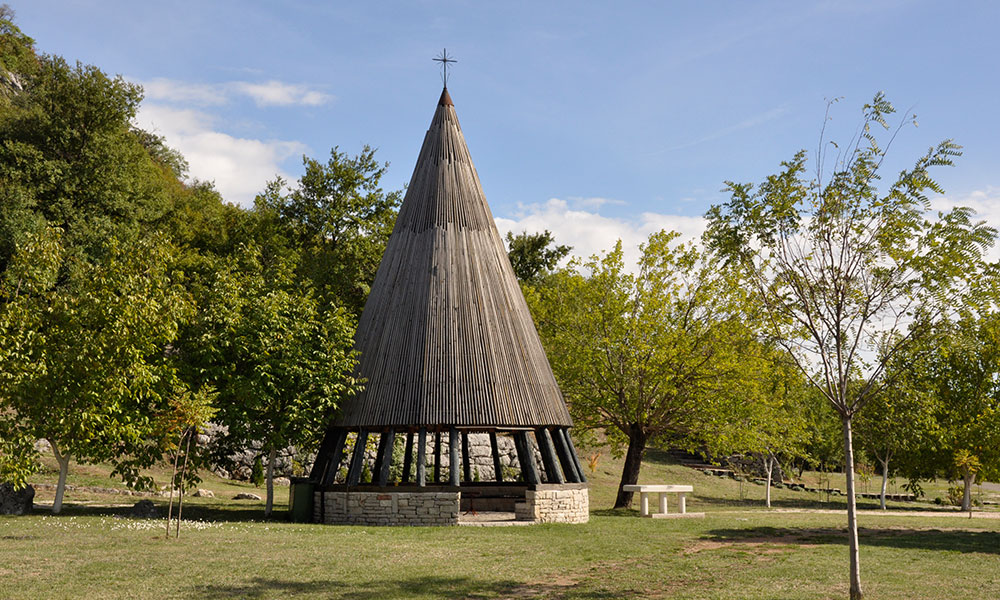 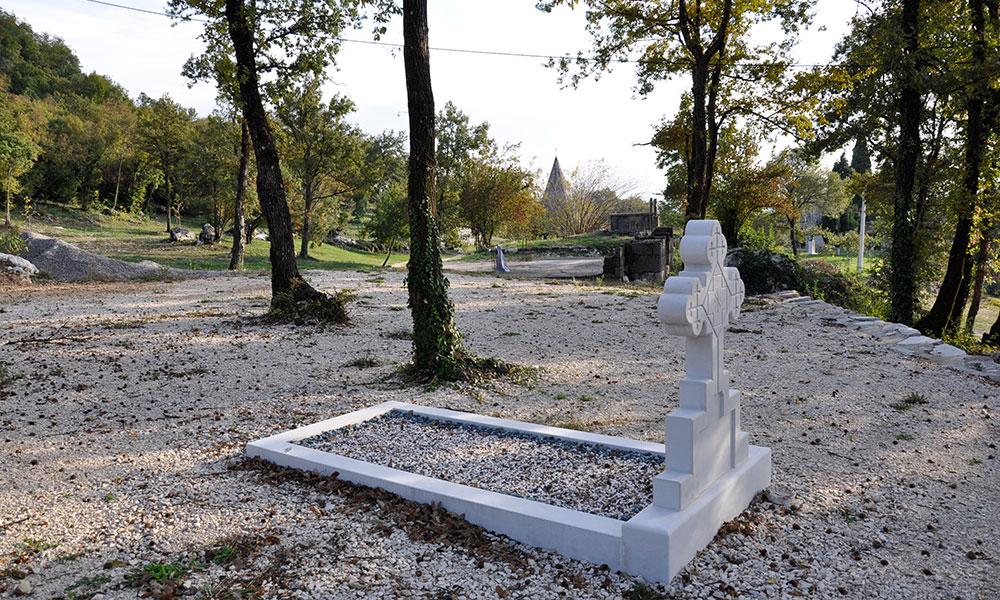 In addition to Cetinje and Moraca, the monastery was the home of the richest library and archives in Montenegro. Unfortunately, the library was burnt to ashes during the Second World War. The greatest damage the monastery experienced occurred in the postwar persecution of the Church, when almost all the buildings were left to obscurity and decay. It should be noted that in those difficult times, a faithful guardian of the sanctuary was Presbyter Novak Gligorovic. For a brief period of time (1966-1968), the Abbot of the monastery was Kirilo Raicevic. In one of the letters to Metropolitan Daniel he wrote: “It is impossible to live in the monastery buildings because at any moment I expect them to collapse on top of me. I am therefore forced to live in the village…”

Evdokim Tihvicki became the abbot of the monastery in 1977. In 1986, he was found dead in a ditch near the monastery. The cause of his death is unknown to this day. 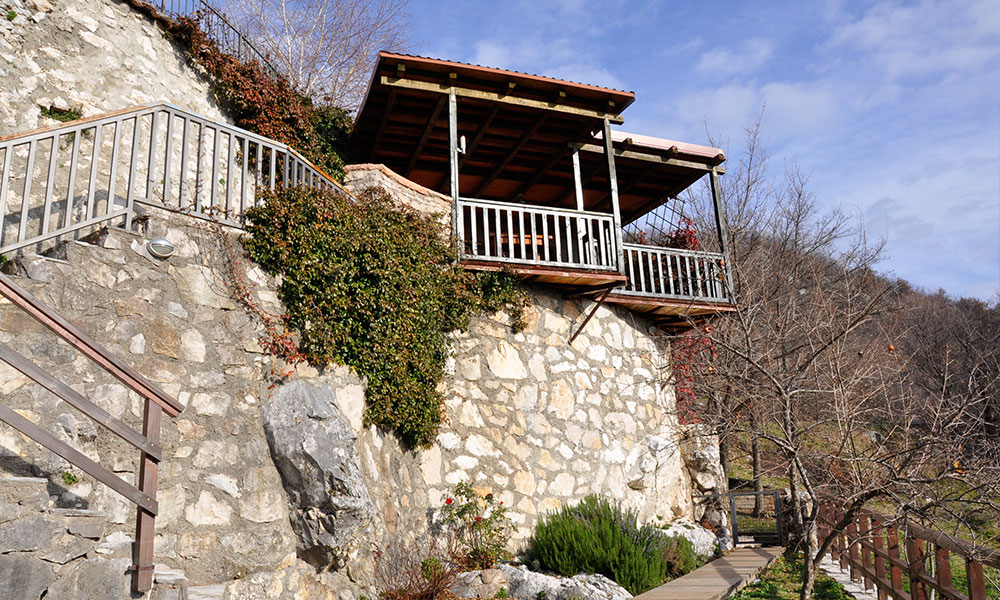 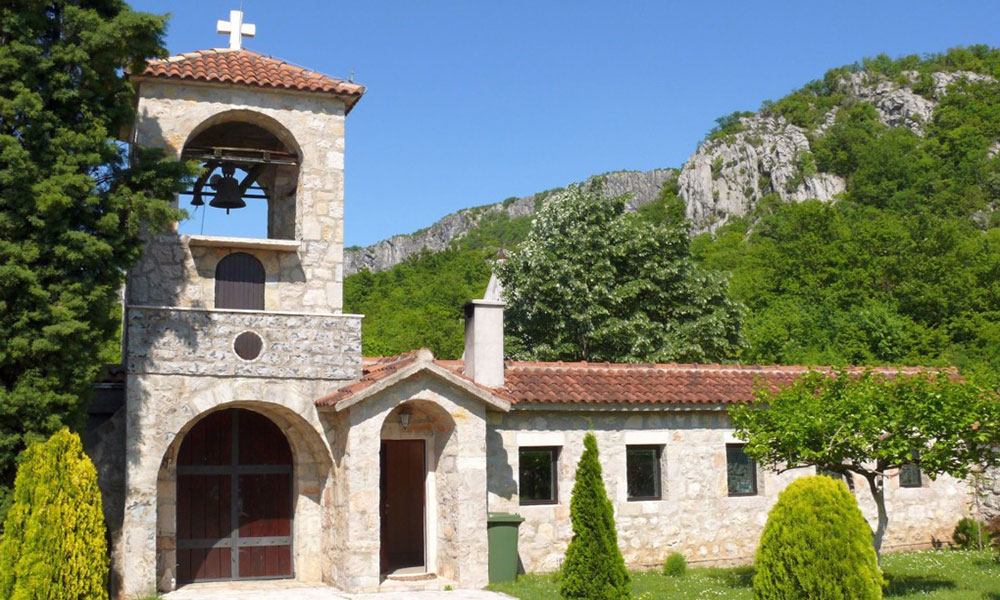 With the arrival of the Athonite monk Lazar Adzic in the mid-eighties, later the Abbot of the Ostrog monastery, begins a new period of both the spiritual renewal and the renewal of the monastery buildings. In 1987, Father Lazar came to a dilapidated monastery, where in a short time he managed to rebuild the monastery buildings and clear the property. With all this in mind, the Abbot Lazar can rightly be regarded as the second founder of the Piperi monastery

A large number of young people drawn to the monastic life gathered around Father Lazar, as if around a spiritual lighthouse. Since there were much more women among them, with the blessing of Metropolitan Amfilohije, for the first time in its history the Piperi became a women’s monastery. Following the example of the Holy Mountain monasteries, a bell tower and a large gate were added to the monastery complex. After the death of Father Lazar on December 6, 2000, the spiritual father of the sisterhood became His Eminence Amfilohije, the Archbishop of Cetinje and Metropolitan of Montenegro and the Coastlands. 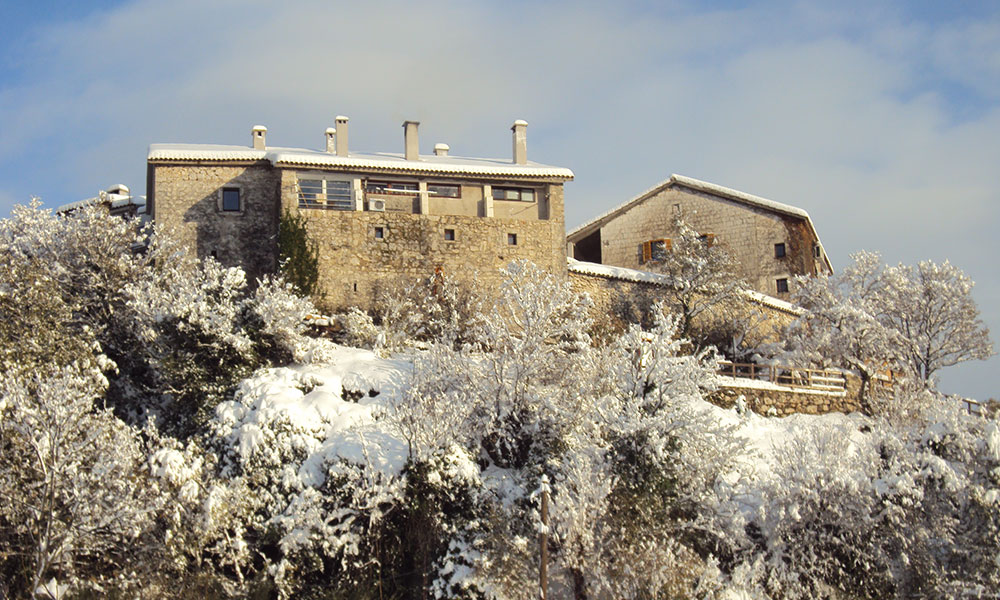 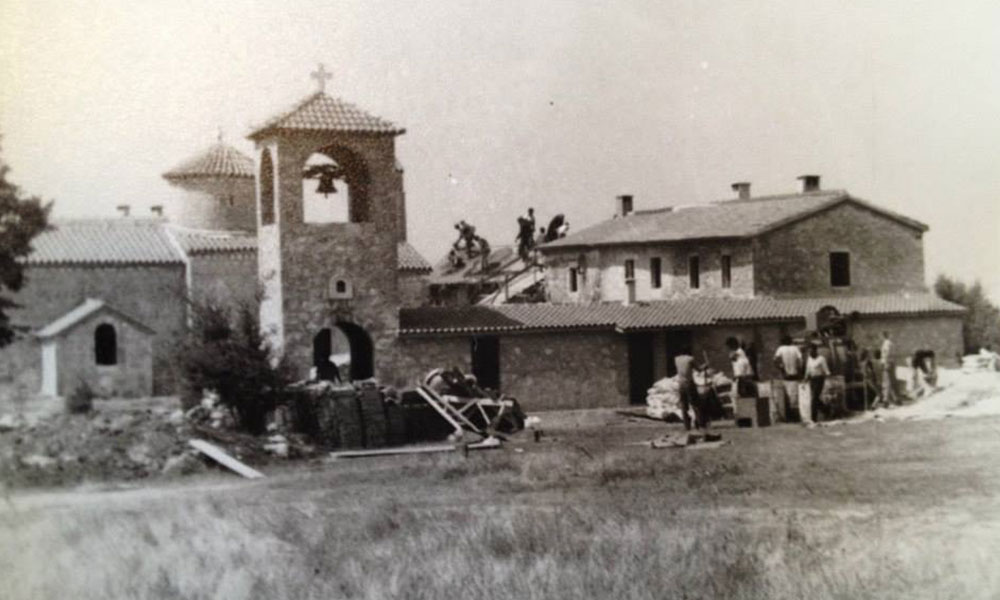 The monastery is especially known today for its Stefalaz balm, which has been produced by the nuns for over twenty years. The sisters are involved in publishing activity, icon-painting, making of prayer ropes, crosses, ceramic icons, wick-holders and cork floats. They have a fish pond on the property and also look after a vegetable garden.

The monastery is open to visitors and pilgrims every day between 8 A.M. and 8 P.M.